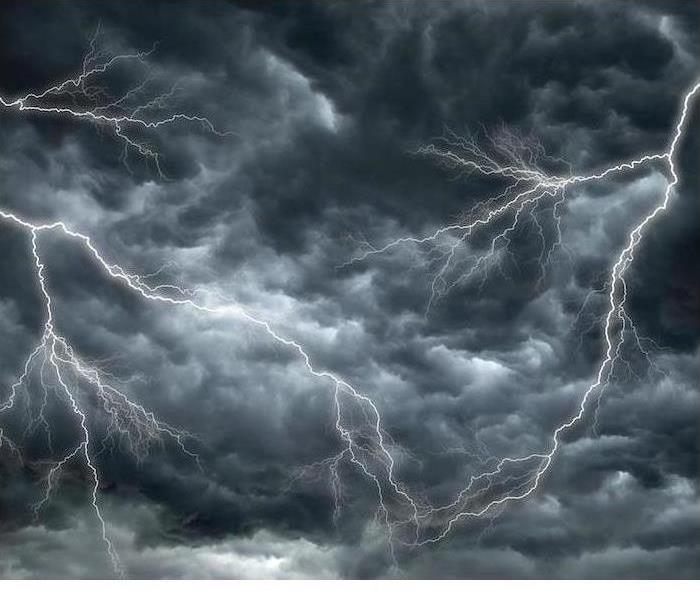 Lightning strikes can cause significant damage to your home or business. Often you will not see signs of the damage at first due to the damage hiding in attics or inside walls. We suggest that after lightning strikes your home that you call the fire department immediately even if you do not see flames or smoke. It is also good to remember to call your electrician after a lightning strike to run an electrical diagnostic test.

According to the NFPA from 2007-2011 the U.S. Local fire departments responded to an estimated average of 22,600 fires per year that were started by lightning.

Lighting bolts are estimated to reach up to 50,000 degrees.

If your home has been hit by lighting count on SERVPRO of Waycross, Hinesville & Douglas to make the fire damage “Like it never even happened.”